Get fresh music recommendations delivered to your inbox every Friday.

The Moon And I 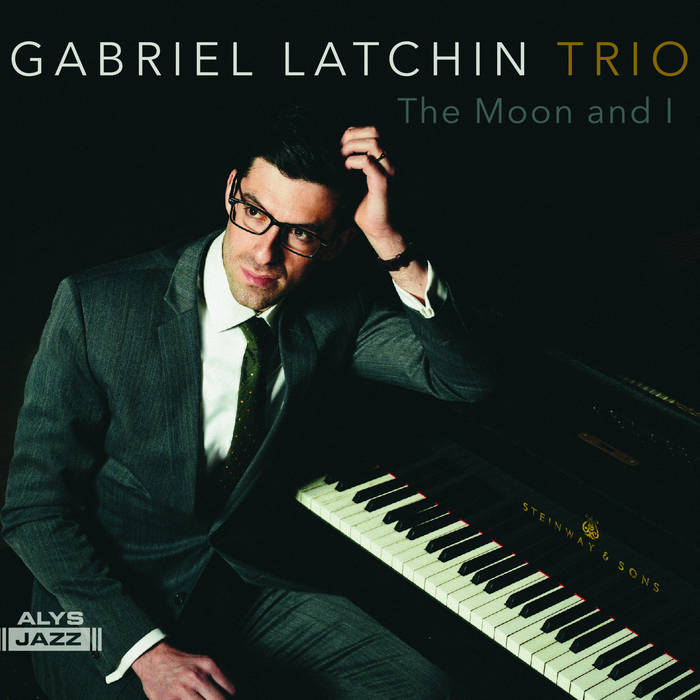 Günther W. A very very good piano trio album. It joins my Bill Evans collection very nicely – with a contemporary new character. It's really a lot of fun to listen to Gabriel's REFINED, AIRY AND QUALITY VERY HIGH PLAYABILITY. Not only the standards are refreshing to listen to, the new compositions are also very praiseworthy. Very big compliment!!!

Recorded in London at Master Chord Studio on the 21st February 2018.

About THE MOON AND I:

Since I first became interested in jazz, before even knowing what it really is, I’ve been drawn to piano trios. There is something perfect about the instrumentation of piano, double bass and drums. The combination just fits somehow and, in my opinion, has a timeless quality. It is worth noting, however, that early incarnations of the trio, namely Nat Cole’s, often used guitar instead of drums. Even further back, composers such as Mozart and Haydn typically wrote for piano, violin and cello.

Adhering to what has now become the conventional line-up, my second offering as a band leader is yet another trio album. Following in the footsteps of innovators such as Bill Evans, Ahmad Jamal and Herbie Hancock, among others, is no easy task for a pianist these days. They are the masters and they showed us the way. Nonetheless, shortly after the release of my debut album Introducing… (September 2017), I endeavoured to get back into the studio as soon as possible to document the trio’s evolving direction.

As a new father, it follows, naturally, that my young family provide the inspiration for my music. The opening piece “Arthur Go” is for my first son; the closer, “Pippy’s Delight” is for my second. Incidentally, both compositions are based on Gershwin’s “I Got Rhythm” and together they bookend the album aptly.

“Brigi, My Dear” is a jazz waltz written for my wife. Originally inspired by “A Dream Is a Wish Your Heart Makes” from Disney’s Cinderella, the connection, now, is almost wholly unrecognisable. As is often the case with composition, the fruits borne barely resemble the seed from which they grew.

“Peek a Bu” is my dedication to the great drummer and band leader Art Blakey. He was also known as Bu, short for Buhaina. Evoking personal heroes of mine - McCoy Tyner, Cedar Walton and Bobby Timmons, who all played with Blakey - the childlike twist of the title of this minor blues also embraces the family theme of the album.

The remaining song choices all have a special significance to me in some way. I won’t offer an individual explanation for each of them here. Rather, I will focus on this album’s title, The Moon and I. It is a line taken from the Hubbell and Golden standard “Poor Butterfly”, a beautiful song with particular significance to me. In December 2016, I had my debut performance at Wigmore Hall with bassist Christian McBride and singer Renée Fleming. Beginning colla voce with the verse, “Poor Butterfly” was the first piece I played with them. It was a wonderful and memorable experience for me.

Finally, I would like to thank Josh Morrison and Dario Di Lecce for their excellent playing and commitment to this project. Thanks also to Simon Hendry for all his technical wizardry. And most importantly, thank you to my family for their support and encouragement through my musical journey.

British pianist, composer and bandleader, Gabriel Latchin has made a name for himself as one of the UK’s finest musicians, praised by critics and world renowned musicians alike. Known for his effortlessly swinging feel, deep repertoire and compelling performances, Jazzwise recently described his playing as “impeccable... the clarity of his lines evoking something of Hank Jones or Tommy Flanagan”. ... more

Bandcamp Daily  your guide to the world of Bandcamp

Bonobo stops by to talk about his new record Fragments